Seasonal patterns continue to reassert themselves and that is positive for the probability of new highs by yearend. Typical September and early October weakness created a solid set up for our October 8 Seasonal MACD Buy Signal. Then late-October seasonal strength carried into early November before the usual pre-Thanksgiving weakness ensued. As we head into December, the market is trying to find its footing and we look for the market to shake off its current funk as it usually does ...

It looks as though the market has resisted Octoberphobia and averted the feared crashes or massacres that have given the month its bad reputation. More significantly for us though is the continuation of the return to normal seasonal patterns we began to see last month that had been off kilter through much of the pandemic. As you can see in the chart of the typical October pattern over the recent 21-year period stocks have tracked the seasonal pattern rather closely ...

November begins the “Best Six Months” for the DJIA and S&P 500, and the “Best Eight Months” for NASDAQ. Small caps come into favor during ... 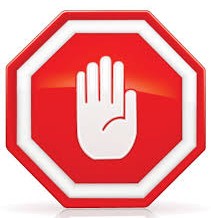