November begins the “Best Six Months” for the DJIA and S&P 500, and the “Best Eight Months” for NASDAQ. Small caps come into favor during November, but don’t really take off until the last two weeks of the year. November is the number-two DJIA (since 1950) and NASDAQ (since 1971) month. November is best for S&P 500 (since 1950).

Being a bullish month November has five bullish S&P 500 days, though it does have weak points. NASDAQ exhibits the greatest strength at the beginning and end of November. Recent weakness around Thanksgiving has shifted DJIA and S&P 500 strength to mirror that of NASDAQ with the majority of bullish days at the beginning and end of the month. The best way to trade Thanksgiving is to go long into weakness the week before the holiday and exit into strength just before or after. DJIA has been up 19 of the last 26 weeks before Thanksgiving. 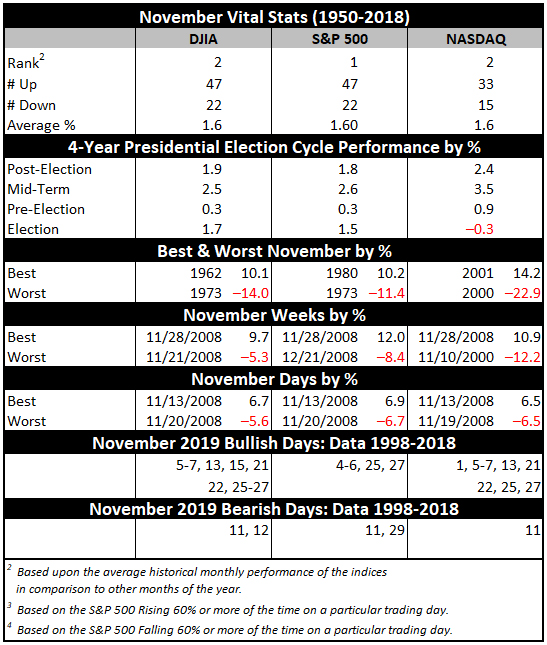