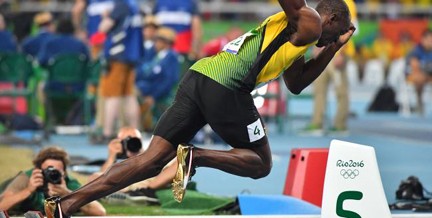 In the tables below we have displayed the top 20 first four month gains for the three major U.S. market indices with the subsequent changes for May, Rest of the Year, “Worst Six Months” May-October, 2nd half July-December and full year performance. While most of the full year gains are clearly logged in these big first-four-month gains, there still upside to be had in the latter part of the year. 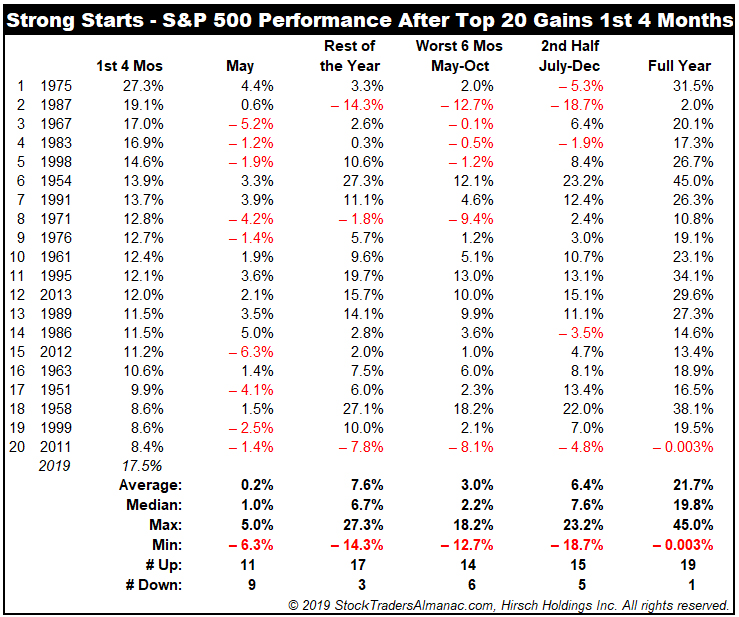 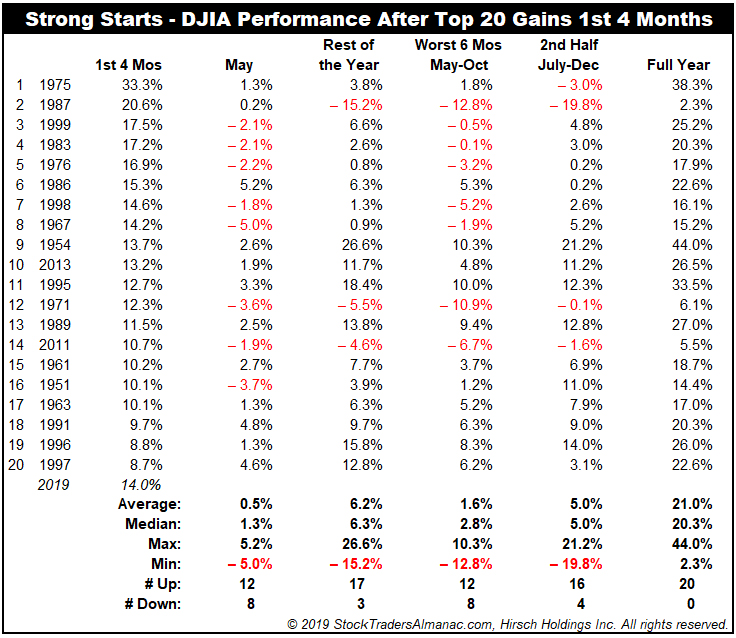 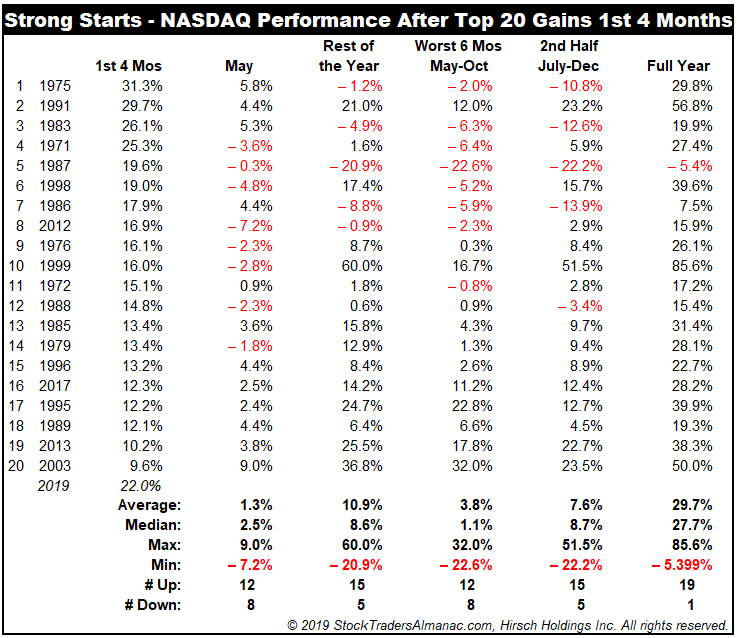