Pre-election year Octobers are ranked second from last for DJIA, S&P 500 and NASDAQ. Eliminating gruesome 1987 from the calculation provides only a moderate amount of relief. Should a meaningful decline materialize in October it is likely to be an excellent buying opportunity, especially for depressed technology and small-cap shares. 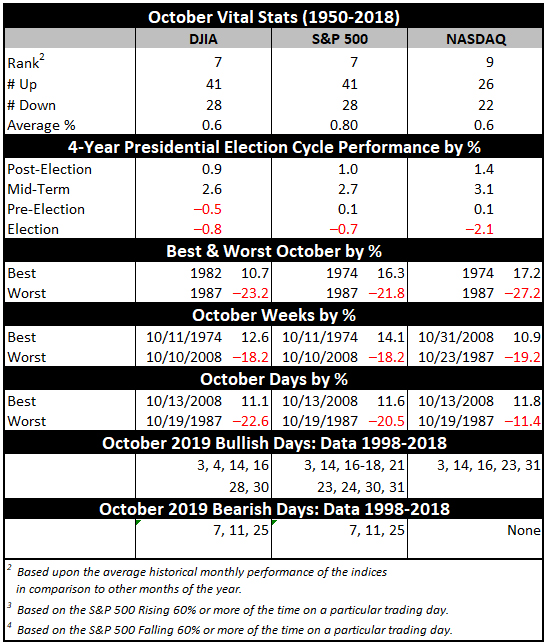