This Is NOT the Longest Bull Market

We have tracked bull and bear markets with objectivity for more than 5 decades in the Stock Trader’s Almanac and the 52nd annual edition, the 2019 Almanac, will be out this fall. Along with many others we do not subscribe to this arbitrary 20% decline definition.

In reality bull and bear markets are more nuanced than an arbitrary level like 20%. Why 20%? Why not 18% or 17.5%? Perhaps it has something to do with classic usury or loan shark rates charging a fifth or 20% of the principal dollar amount lent. Or maybe folks just like big round numbers.

Even if we allow for this arbitrary 20% definition, as our esteemed colleague Sam Stovall at CFRA said in his Monday missive, “It can’t be called the longest bull until it sets a new all-time high on or after 8/22.” But the dude does not abide. We have long relied on the more accurate and widely accepted Ned Davis Research definition:

A Bull Market requires a 30% rise in the Dow Jones Industrial Average after 50 calendar days or a 13% rise after 155 calendar days. Reversals of 30% in the Value Line Geometric Index since 1965 also qualify.

Far be it from me to prevent anyone from celebrating or having some champagne, but please do so with the knowledge that this bull may be younger than you think. 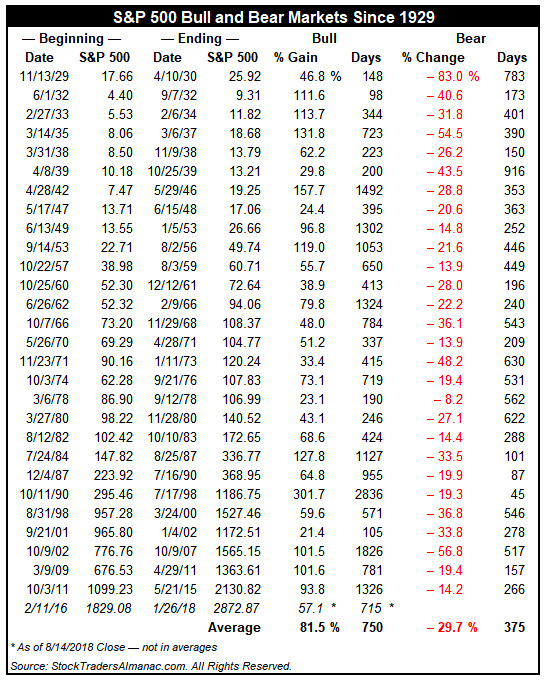