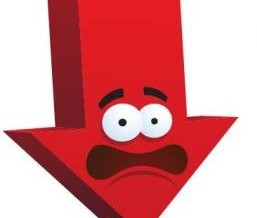 As the market is finally making a rally attempt at the end of April, the last month of the Best Six Months” we are obligated to remind you that the “Worst Six Months” are now upon us, and as we pointed out last month this bearish seasonal stretch has been more pronounced in midterm years.

For the near term over the next several weeks the rally may have some legs. But as we get into the summer doldrums and the midterm election campaign battlefront becomes more engaged, we believe the market could soften further during the weakest two quarter stretch in the 4-year cycle. However, this can set up a quintessential Midterm Election Year Bottom Picker’s Paradise.

While everything may seem extremely troublesome in the market right now, please remember that the Best Six Months still remain positive with the Dow and the S&P up about 4% since the close of October 2017 and we still have the positive January Indicator Trifecta. When the Worst Six Months get underway, after we get our technical Seasonal Sell Signal we will shift our bias a more cautious, risk-off stance.

Historical precedents held true this April with weaker performance in the midterm year than all years. But all things considered in the new normal volatility, stocks held up rather well in the face of the tumultuous geopolitical and financial news flow. DJIA once again found support just above its key technical level. Market internals are really not that encouraging right now and if we do not see improvement here then the market is more likely to succumb to headline risk and seasonal weakness.

After peaking in late February, the yield on the 30-year Treasury bond meandered lower, but began to rise again last week. The resumption in the rise in rates is likely a reflection of the steady, but decelerating growth in the economy and corporate America, the modest pace of rising inflation and the continuation of the measured pace of rate increases by the Fed.