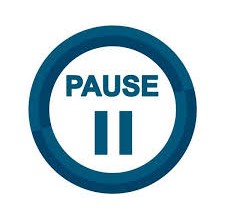 February is notoriously the weak link in “Best Six Months” so we expect the big run the market has been on since mid-October to at least take a breather in February as it often does to consolidate January gains and the gains over the first half of the “Best Six Months.” The market is also digesting a copious and volatile news flow, still elevated valuations and some consolidating technical readings.

Since our October 11, 2019 “Best Six/Eight Months” buy signal, as of January 31, 2020, DJIA is up 5.4%, S&P 500 has gained 8.6% and NASDAQ has tacked on an impressive 13.6%. The only thing that seems to have been able to rattle this bull market at all in 2020 has been the spread of China’s coronavirus and the quarantines and travel restrictions associated with it.

HIV/AIDS continue to be an ongoing problem and is the longest running, widest spread and deadliest infectious human disease since the Spanish Flu that killed 50-100 million people worldwide from 1918-1920. HIV/AIDS is estimated to have taken the lives of some 30 million people. However, from the time these epidemics have become known to the public at large they have had little negative impact on the S&P 500 since 1950. As you can see in the table here the market was weaker during the outbreaks of the first three on the list, but there were arguably other factors that had a greater impact than these diseases.

The table shows 14 previous such contagions since 1950 and how the market performed right after the disease was confirmed publically by health officials and where the market was 3, 6 and 12 months later. In 1957, during the Asian Flu pandemic the market was pushed into a bear market by a hawkish Fed that had been raising interest rates culminating in a bear market bottom in October 1957. The downdraft surrounding the Hong Kong Flu in 1968 was likely caused more by heightened hostilities in the Vietnam War and the related protests and events in the USA that culminated in the bear market bottom on May 26, 1970.

When the HIV/AIDS epidemic became known in 1981 the market was suffering from the nasty double-dip recession from 1980-1982. The Iraq War held the market down in early 2003 during the SARS outbreak. The sovereign debt crisis and the downgrade of US debt in 2011 likely hurt the market more than the horrendous Haitian Cholera outbreak. The Measles scare in the US in late 2014-early 2015 had little impact on the market, though we suffered a mini-bear in 2015-2016 due to the EU Sovereign Debt Crisis, Brexit fears and the Chinese bear market. So while the new Wuhan coronavirus is major health and economic concern, especially to the affected areas, if history is any guide, the market is not likely to suffer greatly from it.

In other news, stocks also appear to be immune to presidential impeachment trials and Brexit. This likely has much to do with Fed and the Election Cycle. The Fed is still printing lots of money and they are likely to continue to do so for some time. At the last FOMC meeting they said they had plans to continue adding liquidity to the banking repo market through April. This is basically QE4 and we suspect it the will continue well past April as banks continue to rely on the repo facility and have become accustomed to having it. An expanding Fed balance sheet is something that has been known to fuel bull markets.

In addition to this expanding Fed balance sheet the Trump administration appears to be engaging in some classic Election Year priming of the pump. Government spending has been increasing under President Trump and this massive deficit spending is running at a faster pace than last year. Federal spending for the first quarter of Fiscal 2020 ending December 2019 came in at $1.163 trillion up from $1.090 last year with a deficit for the quarter of $357 billion vs. $319 billion last year. Cleary the current administration is ramping up spending in its reelection year in typical incumbent fashion.