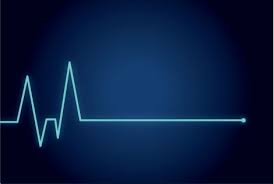 At the open of trading today all the major indexes were all in positive territory, but by the closing bell only DJIA and S&P 500 remained in the green for the day, up 0.8% and 0.5% respectively. NASDAQ finished basically flat on the day after surrounding early-day gains in excess of 1%. Russell 2000 had the toughest day, closing down slightly less than 1.1%. This is a reversal of the trend that existed through much of June and the first half of July when NASDAQ and Russell 2000 were leading the charge higher. These divergences across the major indexes are not a bullish indicator.

In the following chart another one of our favorite indicators, Advance/Decline (A/D) lines, has been plotted alongside the performance of DJIA, S&P 500, NASDAQ and Russell 2000. Late-June index weakness was accompanied by sideways to lower movement in correlating A/D lines and early July index strength was accompanied by a robust move higher by A/D lines. Now that A/D lines have flattened out the pace of index gains has also slowed possibly signaling the July rally could be running out of fuel. 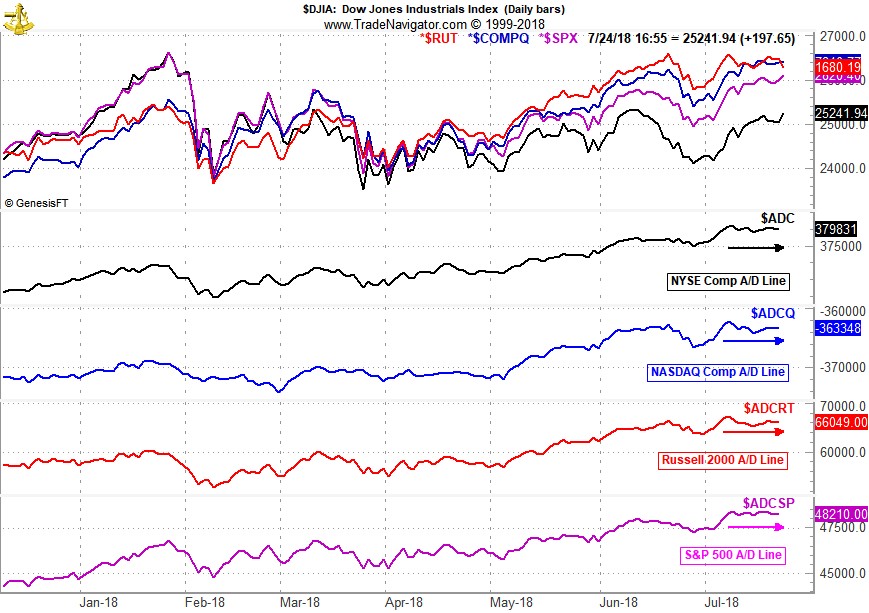