Although the month used to open strong, S&P 500 has declined nine times in the last fourteen years on the first trading day. As tans begin to fade and the new school year begins, fund managers tend to sell underperforming positions as the end of the third quarter approaches. This has caused some nasty selloffs near month-end over the years. Recent substantial declines occurred following the terrorist attacks in 2001 (DJIA: –11.1%), 2002 (DJIA –12.4%), the collapse of Lehman Brothers in 2008 (DJIA: –6.0%), and U.S. debt ceiling debacle in 2011 (DJIA –6.0%). 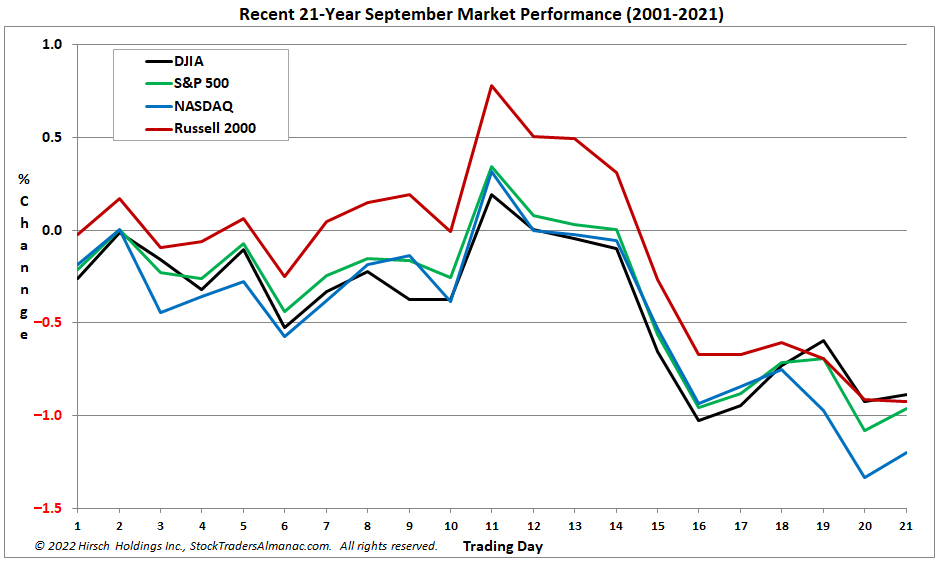 September Triple Witching week is generally bullish with S&P 500 advancing nearly twice as many times as declining since 1990 but is has suffered some sizable losses. Triple-Witching Friday was essentially a sure bet for the bulls from 2004 to 2011 but has been a loser seven or eight of the last ten years, depending on index with S&P 500 weakest, down nine of the last ten. The week after Triple Witching has been brutal, down 25 of the last 32, averaging an S&P 500 loss of 0.89%. In 2011, DJIA and S&P 500 both lost in excess of 6%.

In recent years, Labor Day has become the unofficial end of summer and the three-day weekend has become prime vacation time for many. Business activity ahead of the holiday was more energetic in the old days. From 1950 through 1977 the three days before Labor Day pushed the DJIA higher in twenty-five of twenty-eight years. Bullishness has since shifted to favor the Wednesday after the holiday as opposed to the days before. DJIA has gained in 20 of the last 27 Wednesdays following Labor Day. Tuesday after Labor Day also leaned bullish, but DJIA has declined on 10 of the last 14. 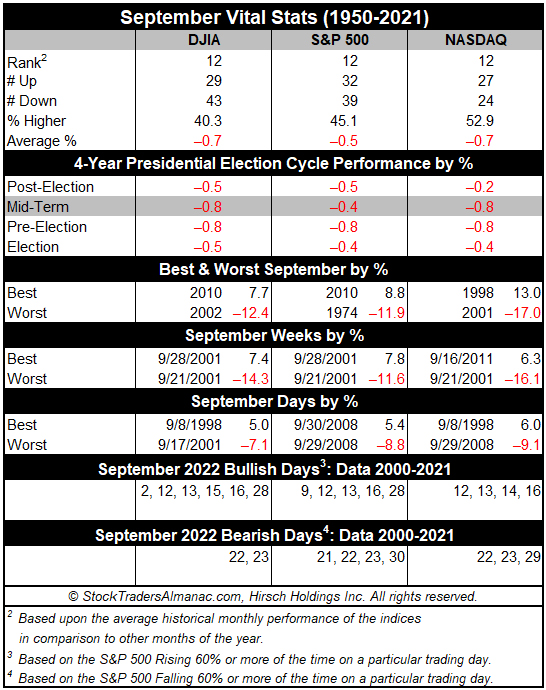