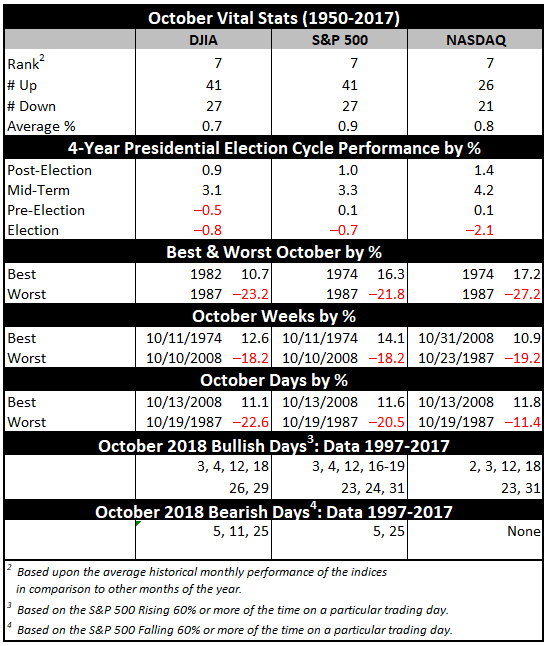 Midterm election year Octobers are downright stellar thanks to the major turnarounds mentioned above; ranking number one on the Dow, S&P 500 and NASDAQ. This is also the beginning of the sweet spot of the four-year-presidential-election-cycle. The fourth quarter of the midterm years combines with the first and second quarters of the pre-election years for the best three consecutive quarter span for the market, averaging 20.4% for the Dow and 21.1% for the S&P 500 (since 1949), and an amazing 32.0% for NASDAQ (since 1971).