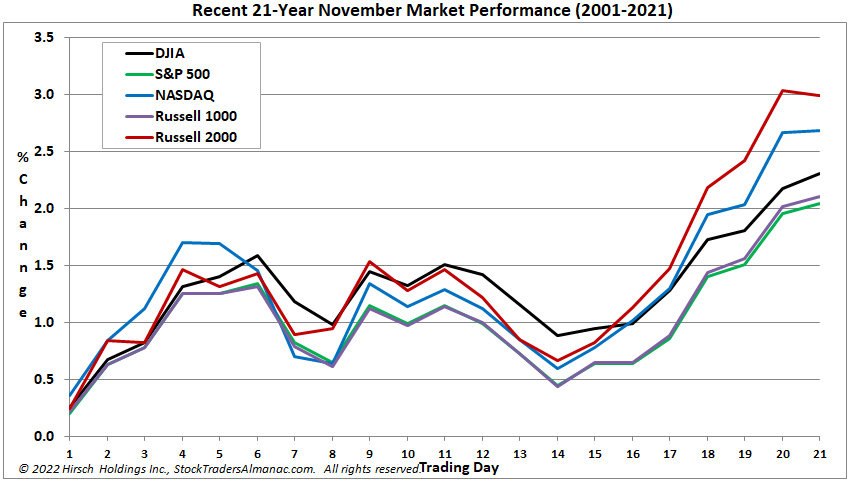 Being a bullish month November has seven bullish days based upon S&P 500, with four occurring on the first four trading days of the month. Although historically a bullish month, November does have weak points. NASDAQ and Russell 2000 exhibit the greatest strength at the beginning and end of November. Russell 2000 is notably bearish on the 12th trading day of the month; the small-cap benchmark has risen just ten times in the last 38 years (since 1984). The Russell 2000’s average decline is 0.35% on the day. Recent weakness around Thanksgiving has shifted DJIA and S&P 500 strength to mirror that of NASDAQ and Russell 2000 with the majority of bullish days at the beginning and end of the month. We believe the best way to trade Thanksgiving is to go long into weakness the week before the holiday and exit into strength just before or after. 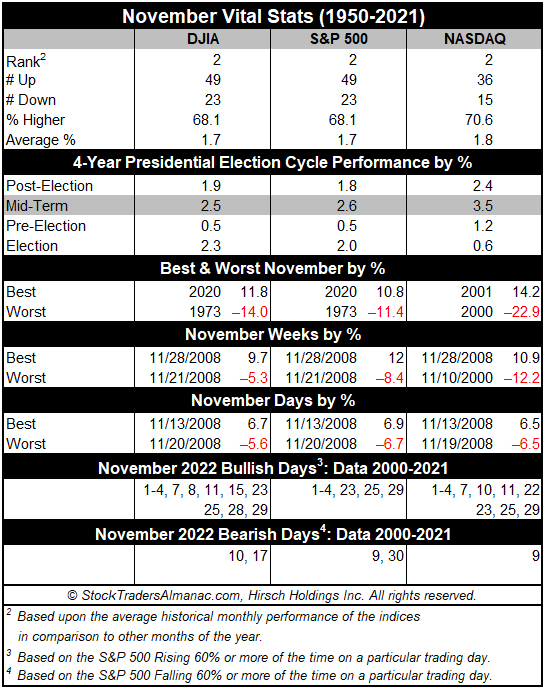