Almanac Update May 2022: A Challenging Month in Midterm Election Years

May has been a tricky month over the years, a well-deserved reputation following the May 6, 2010 “flash crash”. It used to be part of what we once called the “May/June disaster area.” From 1965 to 1984 the S&P 500 was down during May fifteen out of twenty times. Then from 1985 through 1997 May was the best month, gaining ground every single year (13 straight gains) on the S&P, up 3.3% on average with the DJIA falling once and two NASDAQ losses.

The first two days of May have historically traded higher, and the S&P 500 has been up 17 of the last 24 first trading days of May. Bouts of weakness often appears around or on the third, sixth, and twelfth trading days of the month while the last four or five trading days have generally enjoyed respectable gains on average. In midterm years it has generally been better to lighten up on long positions early in May as the entire month tends to be weak (pages 42 and 44 STA 2022). 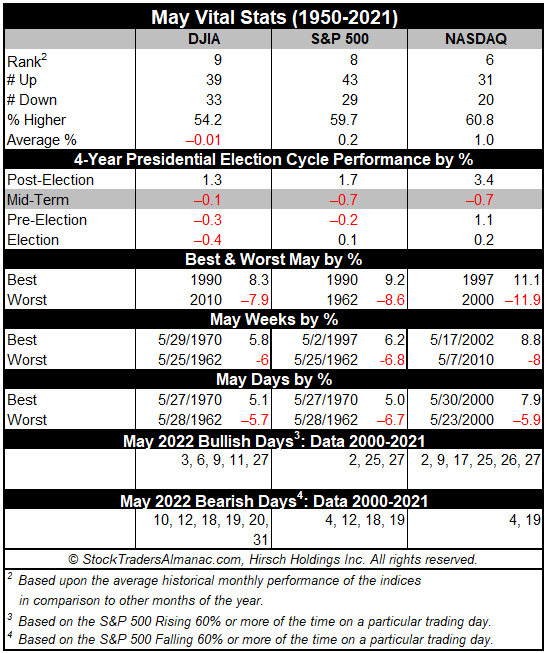