Money flows from harvesting made August a great stock market month in the first half of the Twentieth Century. It was the best DJIA month from 1901 to 1951. Now August is amongst the worst months of the year. It is the worst DJIA, S&P 500 and Russell 2000 month over the last 34 years, 1988-2021 with average declines ranging from –0.3% by Russell 2000 to –0.8% by DJIA. For NASDAQ August ranks second worst over the same period with an average gain of 0.3%. 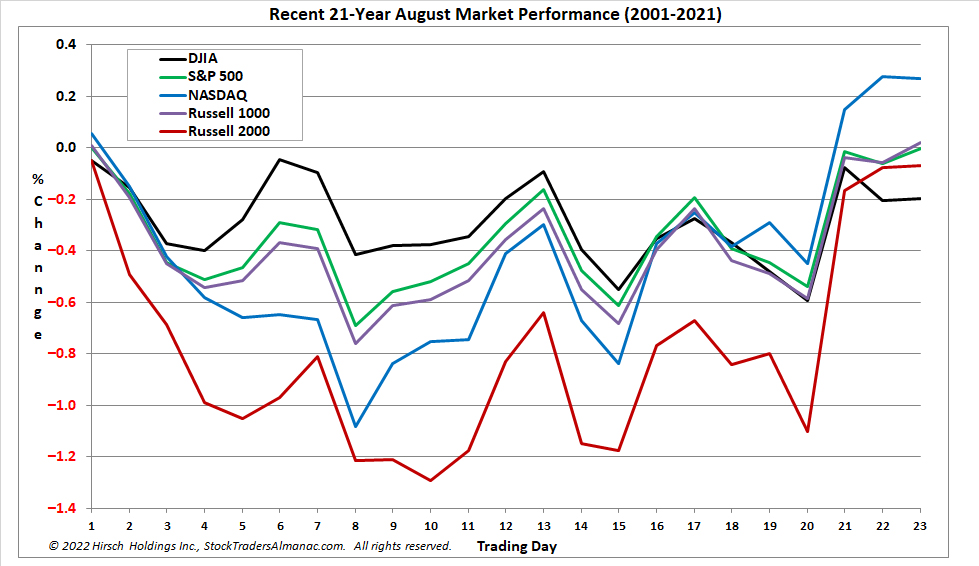 Historically, the first eight or nine trading days of the month have exhibited weakness while mid-month is better. This strength is visible above on trading days 11, 12 and 13. The end of August tends to be softer when traders evacuate Wall Street for a summer finale. The last five days were bearish from 1996 to 2013 but have been positive in seven of the last eight years. However, S&P 500 has been up only nine times on the penultimate day in the past 26 years. 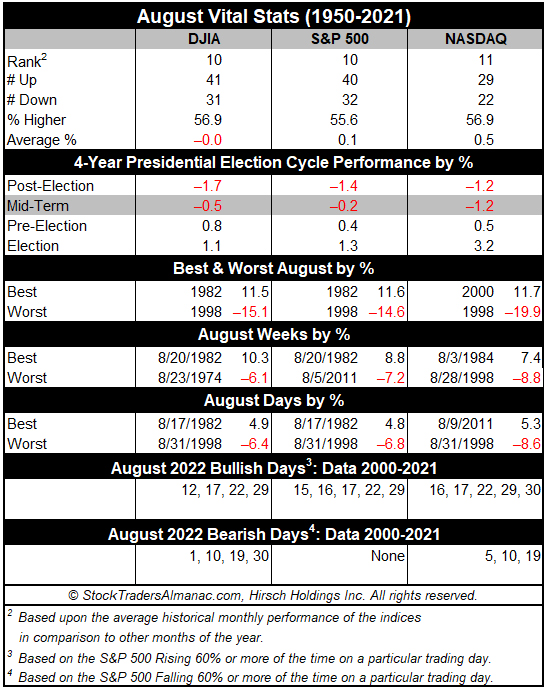