April marks the end of the historically “Best Six Months” for DJIA and the S&P 500, November-April. The historically “Worst Months,” May-October have been more pronounced in past midterm years.

The first half of April used to outperform the second half but since 1994 that has no longer been the case. The effect of April 15 Tax Deadline appears to be diminished. Traders and investors are apparently more focused on first quarter earnings during April. Exceptional Q1 earnings and positive surprises tend to be anticipated with stocks and the market moving up in advance of the announcements and consolidating or correcting afterwards. 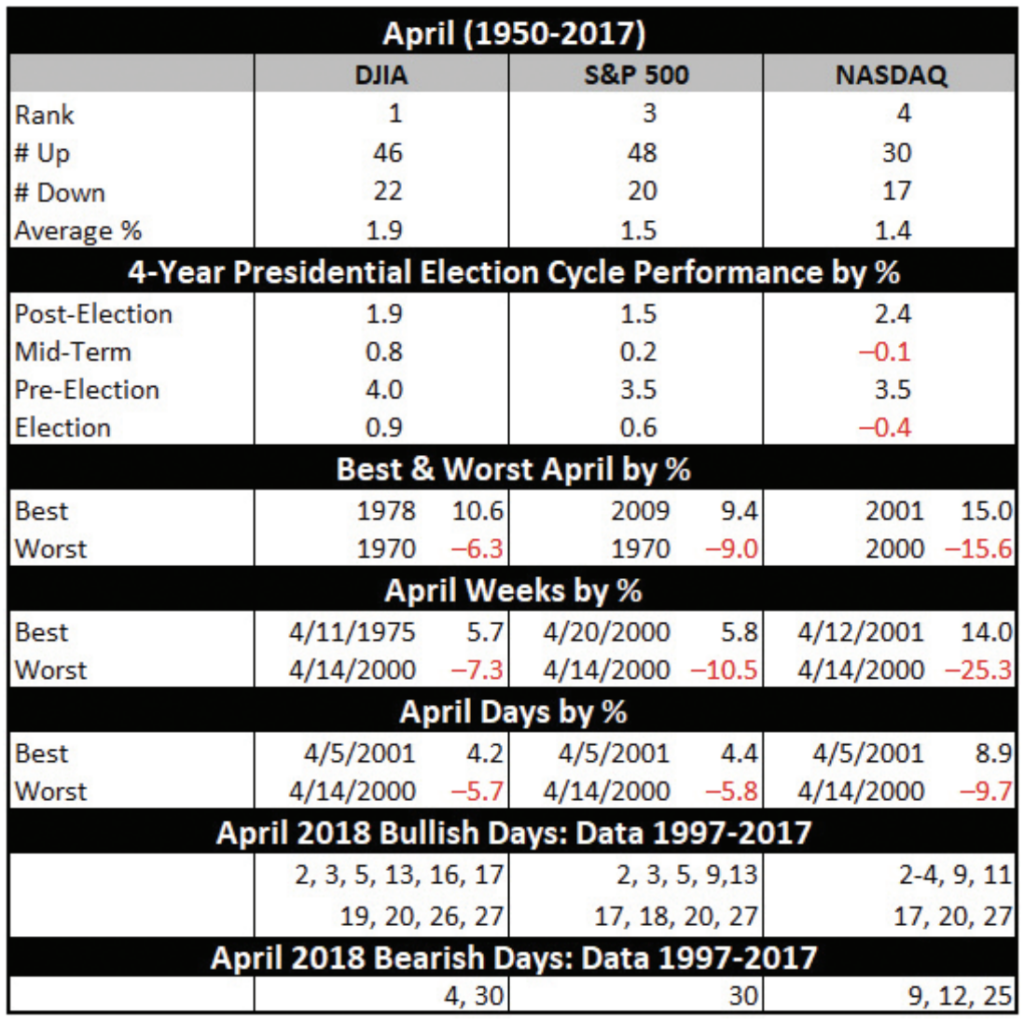